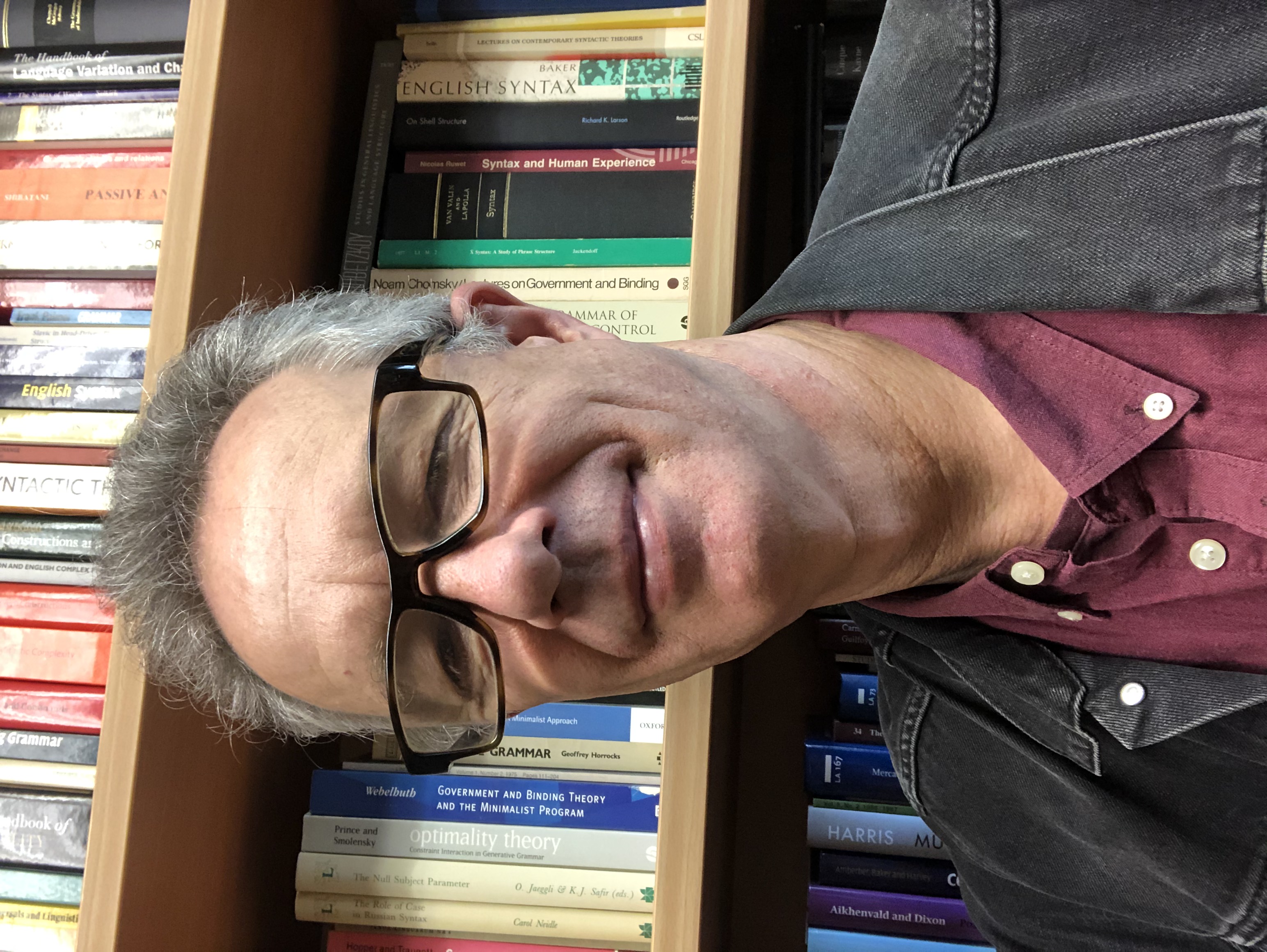 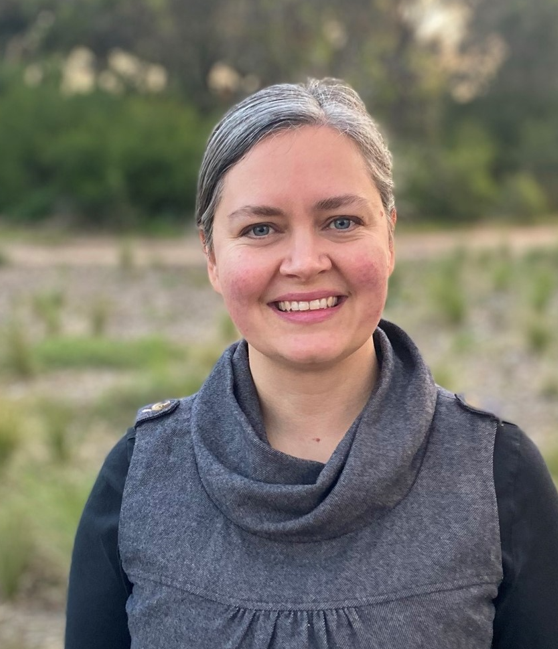 Alice Gaby is Associate Professor of Linguistics at Monash University, Australia, and a Chief Investigator on the OzSpace project. Her research interests include: semantic and structural typology; the relationship between language, culture and cognition; and grammatical description and language reclamation. Underlying this research program is the belief that linguistic analysis can be enriched by viewing grammatical structures as part of a larger communicative system, encompassing multiple languages, registers and modalities. Alice has collaborated with speakers of various Paman languages (Cape York Peninsula, Australia) since 2002. She is Vice-President of the Australian Linguistics Society, and Deputy Chair of Living Languages (formerly, RNLD). Alice’s roles on OzSpace include the continuing development of the theory of sociotopography, and implementation of one of OzSpace’s field-based language projects. 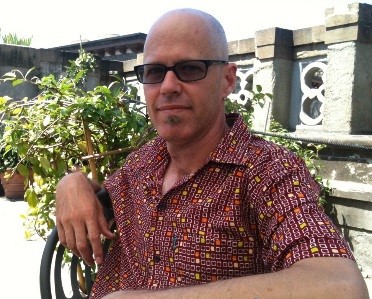 Joe Blythe is a Chief Investigator on the OzSpace project. Joe Blythe is an interactional linguist specialising in Australian Indigenous languages. He conducts field research on the Murrinhpatha language of the Northern Territory and on the Gija and Jaru languages from northern Western Australia. His research interests include gesture and embodiment, turn-taking, spatial cognition, language evolution, kinship concepts and social identities — particularly as instantiated within everyday conversation and as acquired by children. He leads Conversational Interaction in Aboriginal and Remote Australia, a comparative project funded by the Australian Research Council investigating conversational style in four Australian Aboriginal languages and in English varieties spoken by non-Aboriginal people in the Australian outback. In OzSpace Joe oversees the gesture component of the project, as well as collecting Murrinhpatha data on spatial language. 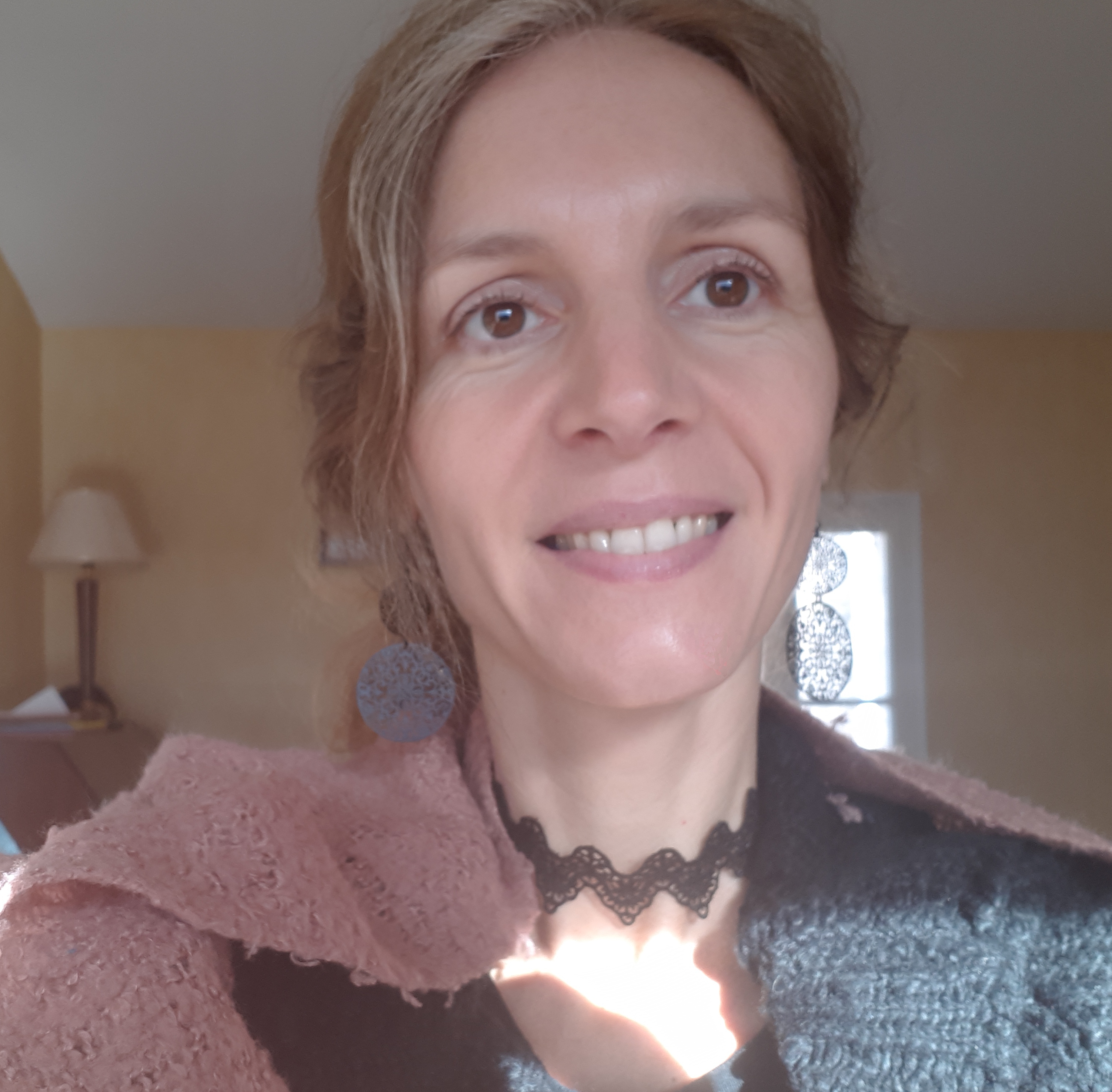 Maïa Ponsonnet is a Chief Investigator on the OzSpace project. Maïa Ponsonnet is a descriptive and anthropological linguist currently based at Centre National de la Recherche Scientifique (CNRS, Dynamique Du Langage, Lyon). She holds a PhD in Linguistics from the Australian National University (2014), with additional background in Philosophy (PhD Université Paris-8, 2005). Maïa’s research concerns the semantics of expressive language, i.e. how emotions are linguistically encoded across the world’s languages. She has extensive experience working with speakers of Indigenous Australian languages in northern Australia, including Dalabon, Rembarrnga, Kune and Kriol. She is the author many articles and books, in particular a 2014 monograph on the encoding of emotions in Dalabon (Gunwinyguan, northern Australia) and a 2019 monograph on a comparison between Dalabon and Kriol, the creole that has replaced Dalabon. Maïa implements the Kune component of the OzSpace project. 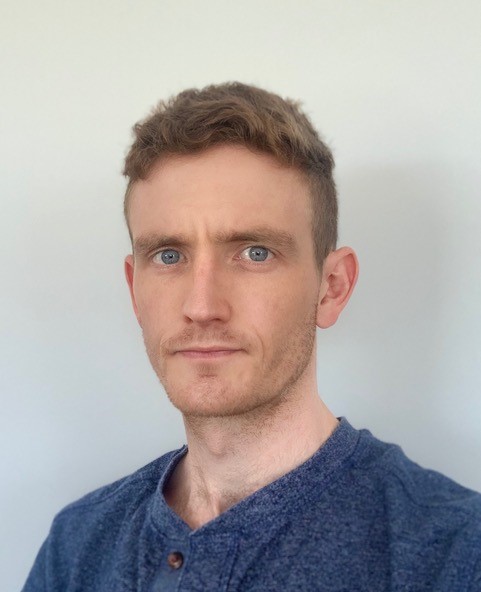 Tom Ennever is a PhD candidate at Monash University. Tom Ennever is a PhD candidate at Monash University. He has a background in documentary linguistics and has worked for a number of years with members of the Balgo community (Western Australia) on the documentation of Ngardi (Ngumpin-Yapa, Pama-Nyungan). His PhD project continues his connection with the Balgo community but brings a shift in focus to working in the local lingua franca, Kukatja (Western Desert, Pama-Nyungan). Tom joins the OzSpace team with a strong interest in exploring the diversity of ways in which the environment influences the ways people think about and talk about space. Specifically this sub-project seeks to contribute a detailed exploration of the features of spatial language in one Western Desert language and how these might be understood in the context of thousands of years of habitation within a desert environment. During his time in Balgo, Tom always seeks to ensure his research can assist with and complement the goals and objectives of members of the Balgo community and local cultural organisations. This project neatly aligns with a renewed impetus from Warlayirti Artists in the delivery of cultural camps and trips on country. 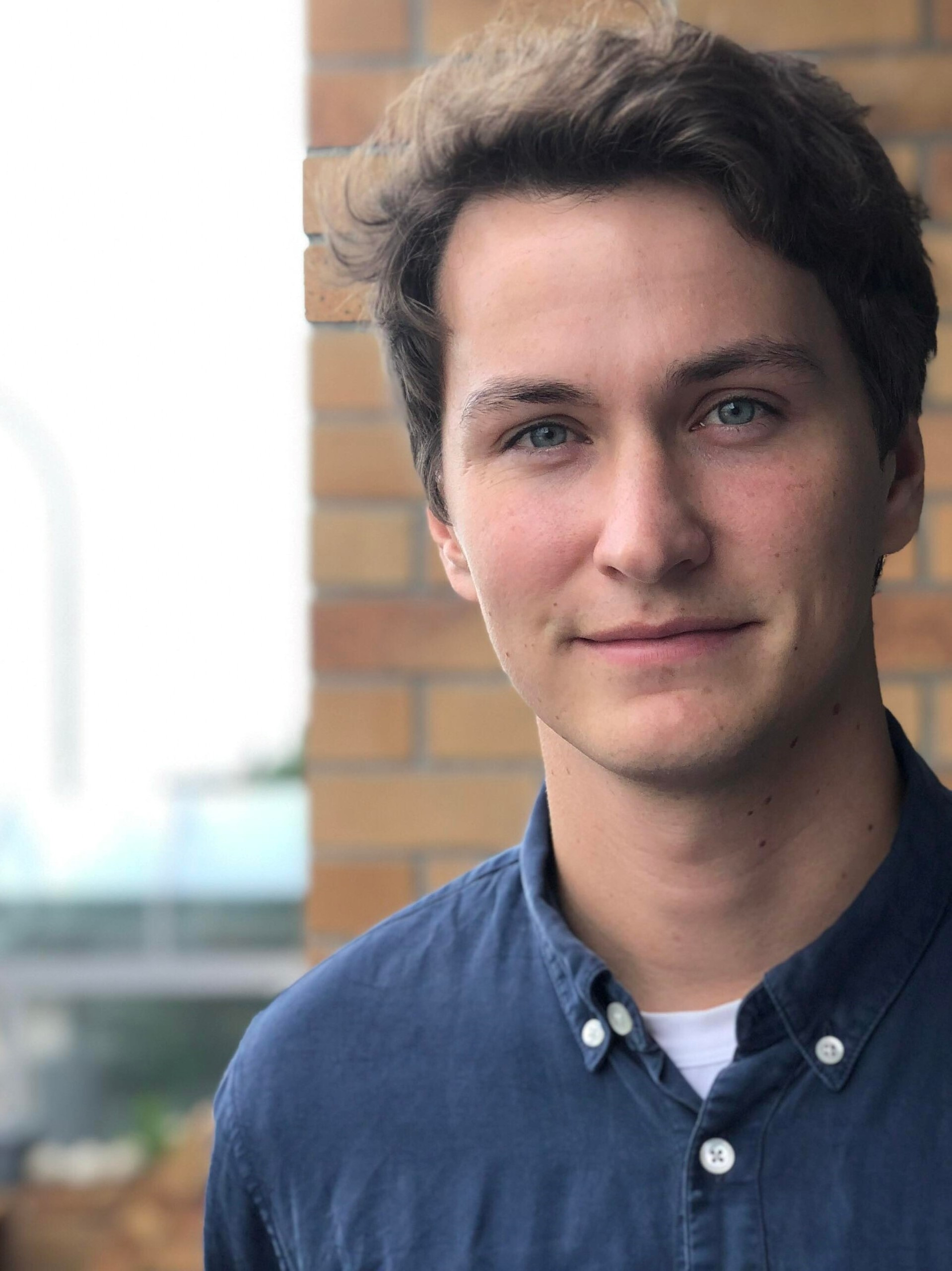 Laurits is a PhD Candidate at the University of Newcastle with a master's in Functional and Cognitive linguistics from the University of Copenhagen. He's previously worked on spatial grammar and semantic typology in the Indigenous Mexican languages Otomi and Nahuatl. In the OzSpace project he will be involved with the sociotopographic part of the project where he will investigating spatial language and spatial practices in an Indigenous Australian Language.
Laurits is responsible for the OzSpace website. 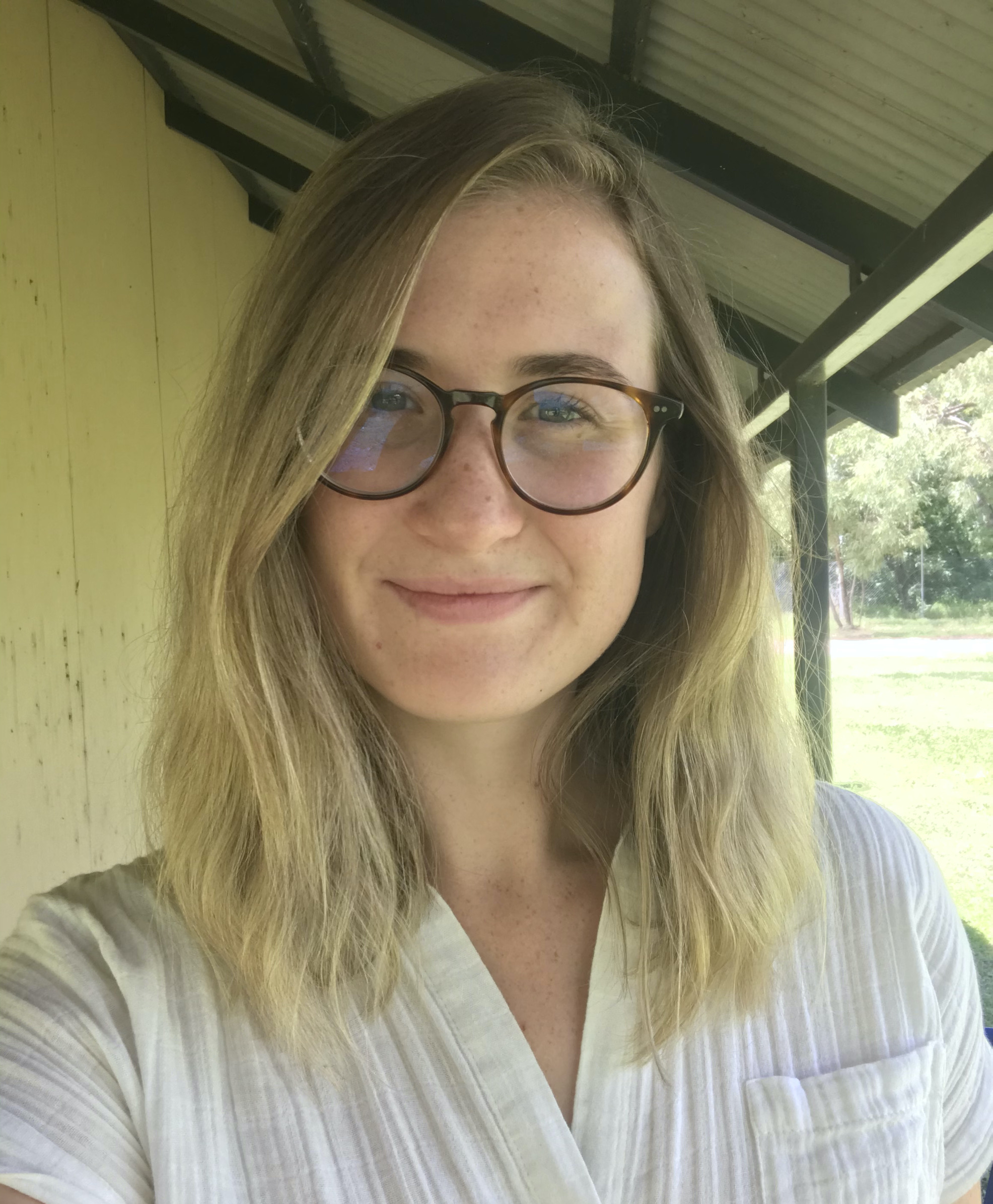 Eleanor is a PhD candidate at the University of Western Australia and researches the dynamics of spatial reference in the Kune language (a variety of Bininj Kunwok). She is a contributor to the sociotopographic study part of the OzSpace project, being responsible for data collection in Kune, one of five target languages. Eleanor consults and works with the Kune community based in Central Arnhem Land, NT. 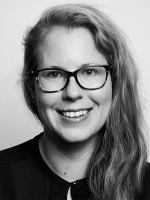 Dr. Clair Hill is a senior research associate on the OzSpace project. Clair is a Lecturer in Linguistics in the School of Humanities and Languages at the University of New South Wales. Clair’s research explores cross-cultural and individual variation in semantics and interaction, based extensively on long-term fieldwork on Australian languages, especially Paman languages (Umpila and Kuuku Ya’u) of north-eastern Cape York Peninsula. Two central threads in her work include an exploration of the interaction between language, cognition and culture; and collaboration with communities to translate this research into useful language documentation and language revitalisation products. Her main research interests include: Semantic Typology; Cognitive Linguistics; Interactional Linguistics; Narrative; critical approaches to Language Documentation; Language Revitalisation. In the OzSpace project Clair is working on the topographic correspondence study, investigating spatial systems across Australian languages. 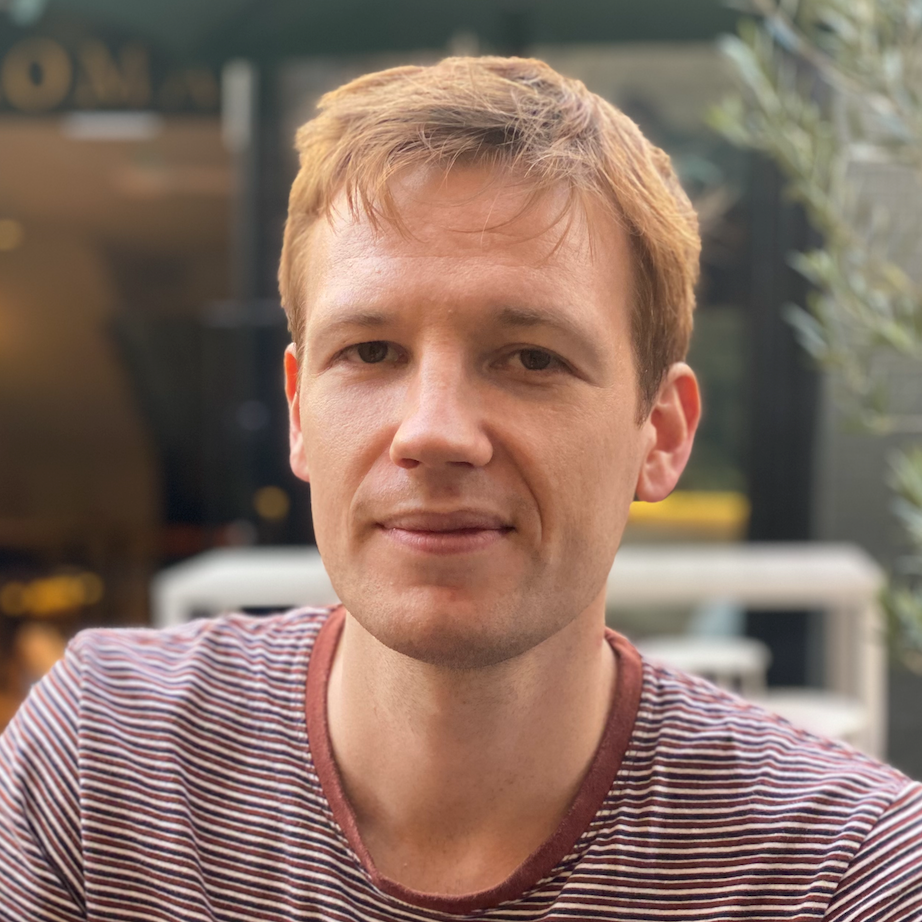 Jayden Macklin-Cordes is a senior research associate on the OzSpace project. He is a postdoctoral researcher at the CNRS Laboratoire Dynamique Du Langage (Dynamics of Language Lab), University of Lyon, France. Jayden specialises in phonology, morphology, linguistic typology and historical linguistics, with particular expertise in computational phylogenetic methods. He completed a PhD at The University of Queensland in 2021 examining the evolutionary dynamics of phonotactics in Pama-Nyungan languages. Jayden’s role on the OzSpace project will be, firstly, to develop a comparative database of sociotopographic features and linguistic spatial systems in Australian languages and, secondly, to interrogate the relationships between these variables using phylogenetic comparative methods. 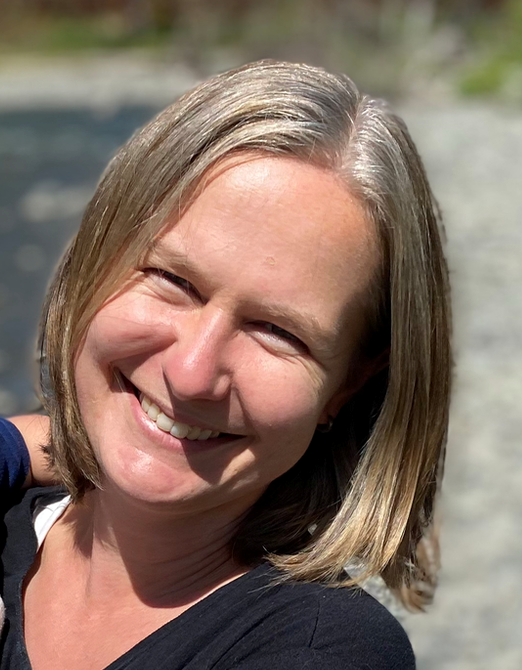 Dorothea Hoffmann is a senior research associate on the OzSpace project. Dorothea Hoffmann received her BA/MA in Linguistics and Literary Studies from the University of Konstanz, Germany. She also holds a PhD in Linguistics from the University of Manchester, UK, and spent 5 years as a postdoc at the University of Chicago, USA. Her research interests are in Australian Aboriginal languages, specifically the typology of spatial language as well as the morphosyntax of complex predicates. She has worked on four Australian languages extensively: Jaminjung/Ngaliwurru, Kriol, Malak Malak and Matgnele. Dorothea is currently working with the US non-profit The Language Conservancy (TLC), where she has worked on Acoma Keres, Stoney Nakoda, Ho-Chunk and Ute, and is now TLC’s Linguistic Project Manager. Dorothea is a Senior Research Associate in the OzSpace project as an expert in spatial typology of Australian Languages. 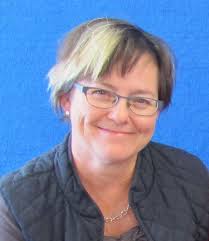 Margaret Carew is a senior research associate on the OzSpace project.