Earlier this month, I got back to the field to continue collaborating with the Kune community on the OzSpace project, and things have been going well! Once I made it to the fieldsite on Thursday 7 July, I’ve been able to consult with speakers almost every day. Together we’ve been recording narratives about travelling through the land, traditional practices for subsisting on the land, and oral histories about the landscape. In collaboration with the Mimal Rangers (based in Weemol, central Arnhem Land), we’ve also been working to develop data for a Kune-centred seasonal calendar. This is seen by the community as an important opportunity to create educational resources for the next generation, and is part of the community-oriented side of the OzSpace project’s work.

I’ll be based in Maningrida (in north central Arnhem Land) until September, and so far I’ve been able to accompany speakers on several trips further inland to Kune homelands, such as the Buluhkaduru outstation, about 60km south of Maningrida. Kune speakers are keen to document their knowledge of the land and share stories of significant places while on country. On these trips, we’ve also been working to build spatial data for Kune. We’ve recorded seven more pairs playing the Man and Tree space game, nine more runs of the animals in a row task, and several more recordings with motion-oriented video stimuli. Trying to find time for transcription and data processing between it all has definitely been tricky! 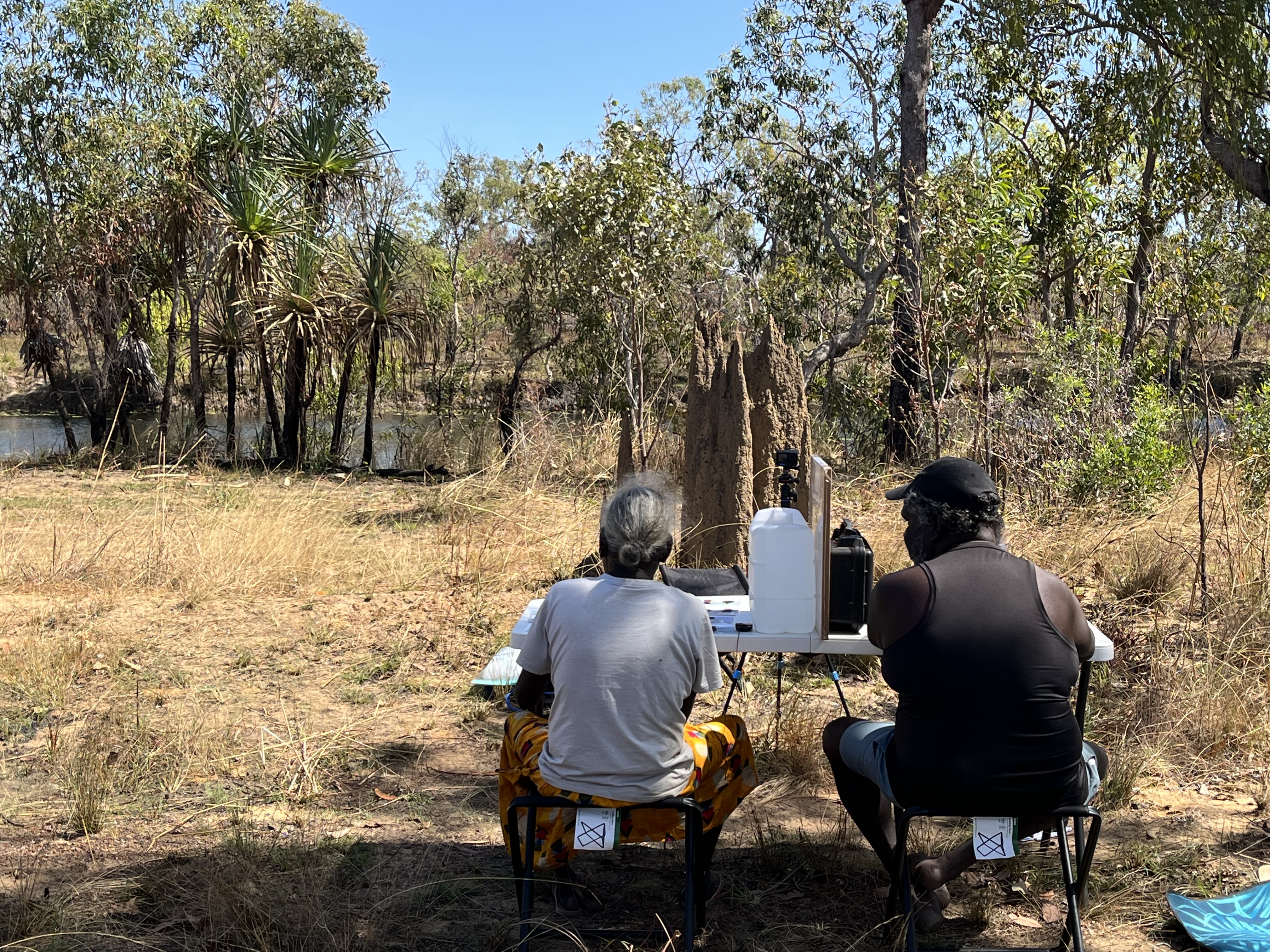