We’re delighted to announce that the OzSpace project’s new website is up and running! This is your go-to site for information about the OzSpace project’s design, team members, focus languages, project blog, and more. The blog will contain updates on the project, including publication news and notices about upcoming talks.

Our very first piece of news is that the OzSpace team came together last month for the project’s first in-person meeting. The five-day workshop was held in Sydney, on the country of the Wallumattagal clan of the Dharug nation. Researchers across Australia and internationally participated over the course of the week. 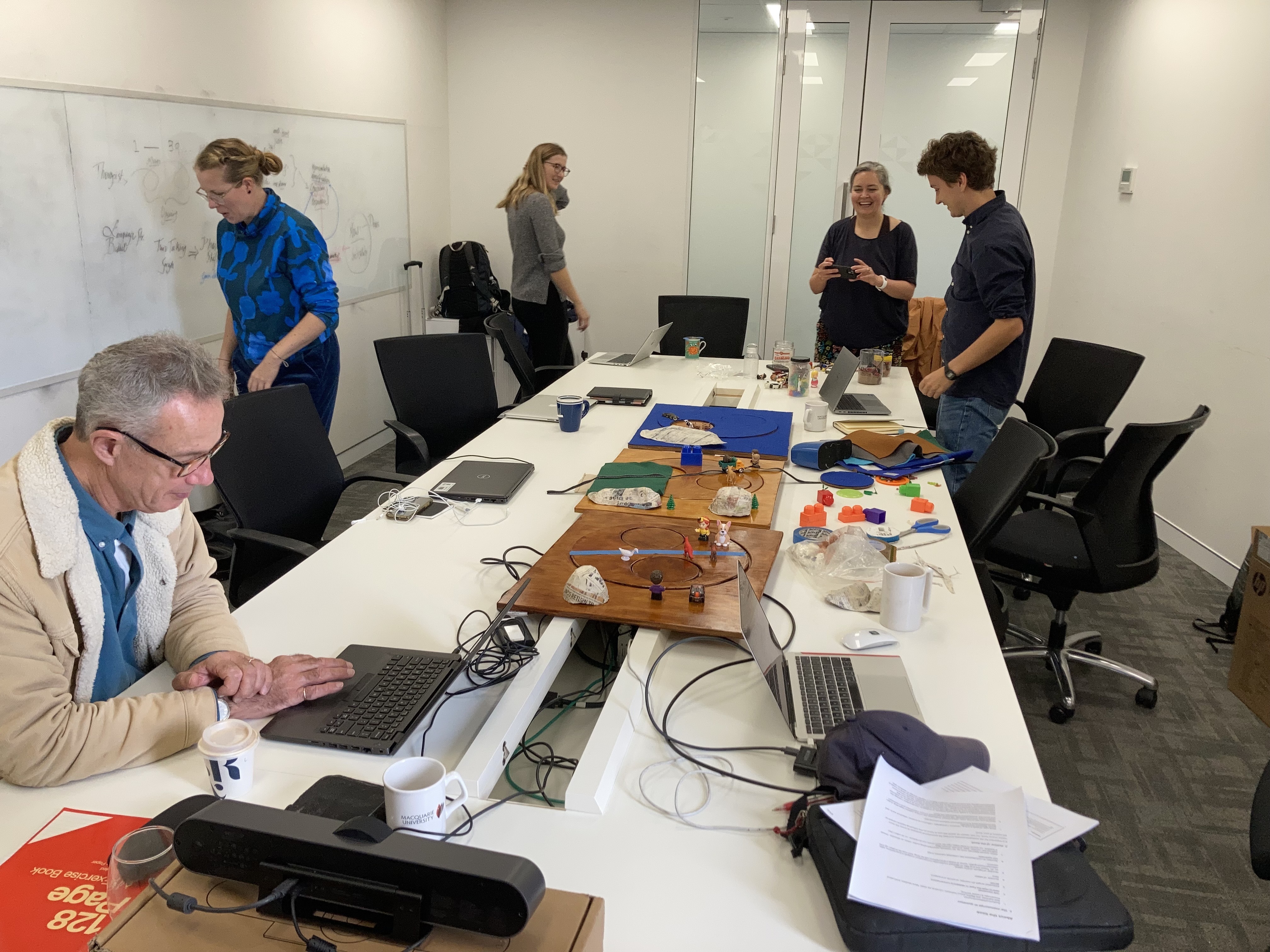 The workshop was an chance to share progress on the sociotopographic study, which investigates diversity of spatial language within communities of Indigenous languages. Bill Palmer presented the conceptual typology of spatial frames of reference underpinning the project, and Alice Gaby and Bill Palmer presented on the latest iteration of the sociotopographic model. Joe Blythe discussed Murrinhpatha data, particularly with respect to gesture. Tom Ennever discussed navigation narrative techniques and what they revealed about Kukatja spatial language. Eleanor Yacopetti shared some preliminary findings from Kune narrative recordings and linguistic tasks. In addition, Laurits Stapput Knudsen presented findings from his previous research into the spatial language of Nahuatl (Mexico), from the Nahuatl Space project.

We explored, discussed, and developed data collection techniques for the project, including for frames of reference, navigation, gesture, associated motion, topological relations, and psycholinguistic data. We were especially excited to trial and workshop new methods for elicitation using the Rotating Scene Machine (pictured below, made by Joe Blythe) for spatial and landscape terms. More details to come! 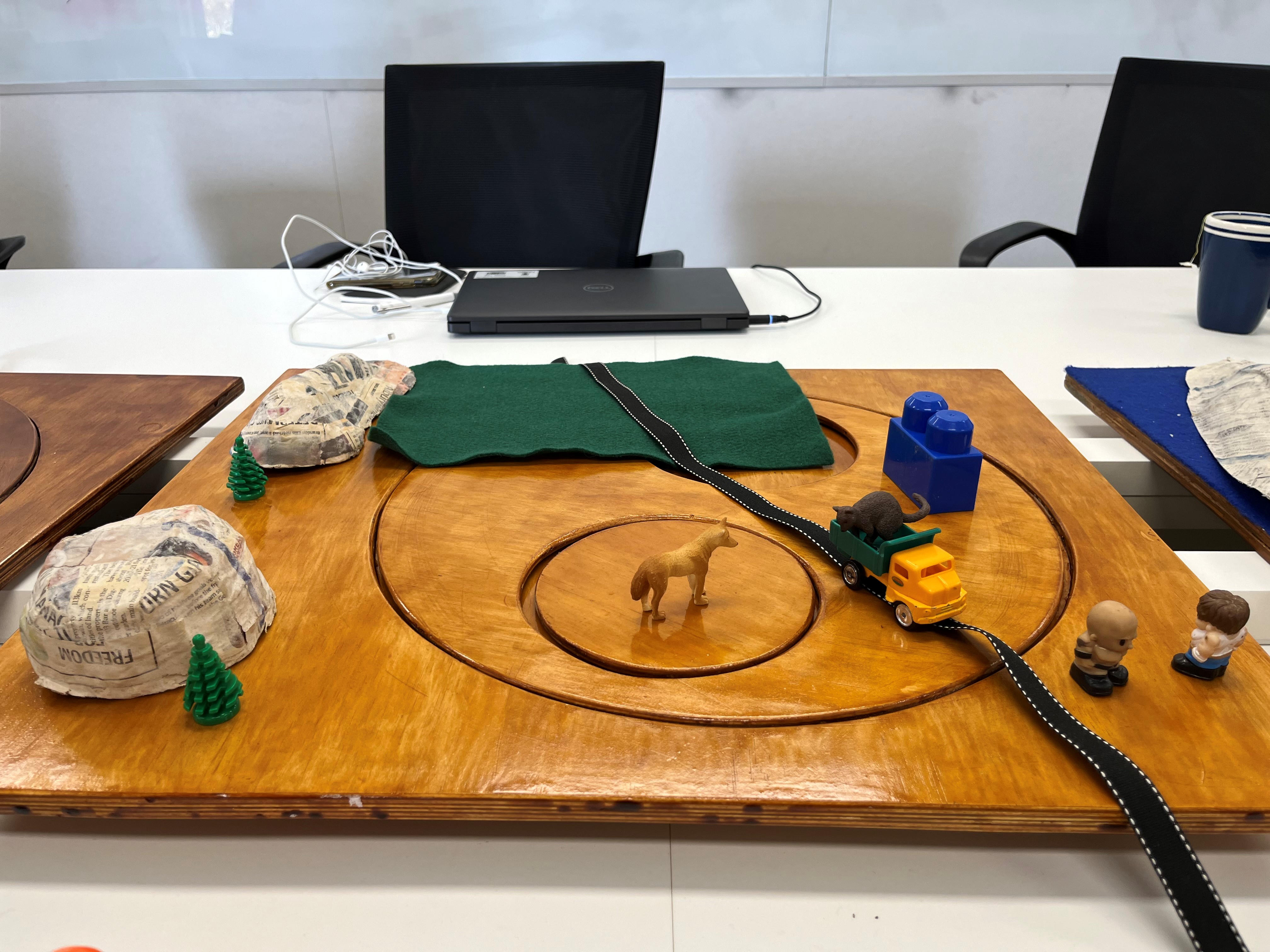 The team also discussed the design of the topographic correspondence study. The goal of this part of the project is to build a database of spatial language across Australian languages. Bill Palmer outlined theoretical innovations to be implemented in the project. Clair Hill presented the preliminary results of her work on the Northeast Paman languages of Cape York, and discussed challenges associated with categorising spatial expressions in the languages. Jayden Macklin-Cordes presentated preliminary thoughts on how to structure the OzSpace database to be as versatile and useful as possible. Jonathon Lum from Melbourne Uni joined us to offer his experience with database building and data coding in Bill Palmer and Alice Gaby’s previous Atolls Space project. These presentations led to discussions and decisions on how to proceed with building the OzSpace database, and we’re excited to develop the database to build on the results of the preliminary survey of geocentric space in 116 languages presented in Dorothea Hoffmann, Bill Palmer and Alice Gaby’s recent paper.

Keep an eye out on this website – more posts from the OzSpace project are coming soon.